Welcome to the Brigadoon Broadcasting Corporation

Well, since the BBC website is hacking and coughing this morning, and since an unrelenting work schedule has finally (albeit briefly) relented, I thought I'd keep any of you still checking in on Brigadoon abreast of the latest news...

New EU President to be announced

EU leaders will today name the BBC test card doll as their preferred candidate for the post of EU president. In a move seen as warding off attempts to parachute Tony Blair into the job, the heads of 26 member states will rally around the inane, grinning puppet and tell him to stick to bringing peace to the Middle East. 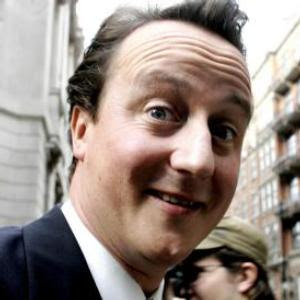 Political pundits were reeling yesterday as it emerged the Tories might not all agree on Britain's relationship with the rest of Europe. By 9am this morning the BBC had received no complaints that this rag-tag bunch of right-wing xenophobes have repeatedly been invited onto the prestigious Question Time programme.
More scoops: Ursine quadraped defecates in sylvan wilderness; Pontiff sports unusual head adornment; Rangers blow it again, Celtic determined to match them. 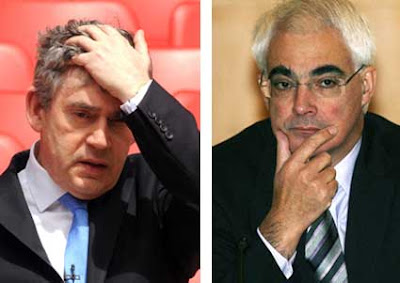 Where did it all go wrong?

Audit Scotland have announced that Scotland is facing the biggest budget squeeze since devolution in the years ahead. If anyone has any information on the whereabouts of the two men pictured opposite, they are urged to contact their faces with clenched fists or similar blunt instruments.
Email ThisBlogThis!Share to TwitterShare to FacebookShare to Pinterest
Posted by forfar-loon at 10:13

Thank good ness for a news source in the absence of the BBC.

I'll be sure to oblige if ever I see either of the two unwanted suspects.

Thanks tris, it's the only language they understand.

You're back! Thank goodness.

So is work DFD - just can't find time for spleen-venting these days :o(